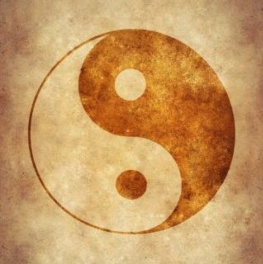 Tai Chi is based upon a profound body of ancient knowledge that has influenced the Chinese way of thinking for generations.

It draws upon the principles of the Yijing (Book of Change), the Yin-Yang theory and Daoist philosophy. Tai Chi is neither religion nor renunciation. It is rooted in the East but has become secular and a scientifically proven approach to Wellbeing.

Qi Gong or Chi Gung, the art of cultivating energy, has a history of 2500 years in China and includes thousands of variations of postures. In the 1980’s a standardised sequence of 18 postures, called Tai Chi Qi Gong exercises, was developed by the National Sports Committee of the People's Republic of China, to promote health and wellbeing throughout the country. It is based on the Yang style.

These 18 Qi Gong postures, without any steps, were introduced to support the learning of the Tai Chi 24 Form. The Chinese for 18 is Shibashi and this has fairly recently been adopted in the UK as the name for this 18 Qi Gong.

Tai Chi is said to date back to the 13th century and was informed from Yoga from India, and Buddha. It is said to have been created by Zhan Sanfeng a Taoist monk whilst studying at the Shaolin Temple. It was first developed as a martial art in the 17th century when Chen Wangting created the Chen style.

Yang is the basis of the 24 Form, also known as “ Beijing form or 24 Step Form.”  Thiss was set up in 1956 by the Chinese government. An aim was to recreate a standard core for Tai Chi practice, as the essence was being eroded. Today there is a shortage of authentic Tai Chi teachers in China and the world.

The 24 Form is now the most popular practised form world wide and provides a uniform standard. The 24 Form was demonstrated at the opening of the Beijing Olympics 2008 and often features at the opening  of major national events.

(A stylized Yang sequence was even incorporated in the award winning film "Calendar Girls"!!!)

The Chen and Yang forms gave rise to the recognised Wu, Hao and Sun styles.

There have been many other Tai Chi type variations and sadly dilutions. If you need a teacher, then find one who is professionally qualified and a member of the Tai Chi Union for Great Britain. 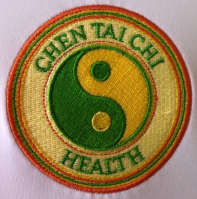 All ages and abilities welcome

Please log on 10 minutes before the class starts, to settle in and prepare.

We always start on time.

Get social with us. 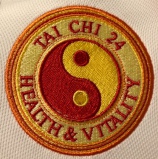